Account
A record of transactions of goods and services owed to one person by another.

Account Balance
The Account Balance is the amount of money that the client has in his account at a specific time that does not include open positions, PNL and unrealized transactions. This term is used interchangeably with the term “Balance”.

All or None
Refers to a request for a broker to fill an order completely at a predetermined price or not at all. Refers to both buy and sell orders.

Arbitrage
Arbitrage is creating a risk-less profit by means of utilizing rate differences between markets. It consists of simultaneous buying and selling security at two different prices in two markets with an equal and opposite position in order to profit from small price differentials.

Appreciation
An increase in the value of a currency in response to market demand.

Ask Rate
The lowest price that shares will be offered for sale, such as the bid/ask spread in the foreign exchange market.

Asset Allocation
This is the diversification of one’s assets into different sectors, such as, stocks, bonds, and forex, to optimize growth potential and minimize risk.

AUS 200
A name for the Australian Securities Exchange (ASX 200) which is an index of the top 200 companies (by market capitalization) listed on the Australian stock exchange.

At Best
An instruction given to a dealer to buy or sell at the best rate that can be obtained.

At or Better
An order to deal for a specific price or better.

Aussie
Also, “Oz” or “Ozzie”; refers to the AUD/USD pair.

Base Rate
The lending rate of the central bank of a given country.

Bear Market
A Bear Market is a market that is distinguished by a long period of declining values.

Bid Rate
The Bid Rate is the number of units of a secondary currency that a market-maker will be required to be pay for the sale of a unit of the base currency. This word is used interchangeably with the term “Selling Rate”. This is the selling price of the base currency.

Bid/Ask Spread
The Bid-Ask Spread, also known as the Bid-Offer Spread, is the quote of the price at which participants in a market are willing to buy or sell a good or security. The Bid will always be smaller than the Ask price.

Broker
An individual or firm that brings buyers and sellers together for a fee or commission. In contrast, a ‘dealer’ commits capital and takes one side of a position, hoping to earn a spread (profit) by closing out the position in a subsequent trade with another party.

Bull Market
A Bull Market is a market which has a long period of rising prices. This is the opposite of the bear market.

Cable
The GBP/USD pair. ”Cable” earned its nickname because the rate was originally transmitted to the US via a transatlantic cable beginning in the mid 1800’s when the GBP was the currency of international trade.

CAD
The Canadian dollar, also known as Loonie or Funds.

CFDs
A Contract for Difference (or CFD) is a type of derivative that gives exposure to the change in value of an underlying asset (such as an index or equity). It allows traders to leverage their capital (by trading notional amounts far higher than the money in their account) and provides all the benefits of trading securities, without actually owning the product.

Commission
A Commission is the fee some brokers charge for a transaction.

Currency Risk
The probability of an adverse change in exchange rates.

Currency Symbols
A three-letter symbol that represents a specific currency, for example USD (US Dollar).

Day Trading
Day Trading is opening and closing a position or positions within the same trading session in order to take advantage of short term currency changes.

Dealer
A Dealer is an agent who provides quotes and takes care of instructions from investors regarding decisions concerning the purchase or sale of currencies.

Dealing Desk
A Dealing Desk is the desk where transactions for buying and selling securities occur.

Deposit
A Deposit is a portion of the final investment that is put in safe keeping, insuring that the transaction will take place.

Foreign Exchange (Forex or FX)
Foreign Exchange is the conversion between currencies or precious commodities in a market. Most major FX is quoted against the US Dollar. This term is used interchangeably with the terms “Forex” or “FX”.

Forex (or Foreign Exchange or FX)
Forex is the generally accepted abbreviation for the foreign currency trading. This word is used interchangeably with the terms “Foreign Exchange” or “FX”.

GDP
Gross domestic product (GDP) is defined as the monetary value of all final goods and services produced within a country during a specific period of time.

Hedge
A hedge is a type of protective investment designed to offset adverse price. Thus, hedging is carrying out a transaction that reduces the risk of an existing transaction or trading in a particular market.

High/Low
The High/Low is the highest traded price and the lowest traded price of the commodity or currency that was in the market for the current trading period (normally 24 hours).

Interbank market
The Interbank Market is the market for currencies for Foreign Exchange. The interbank market is an exclusive market where large financial institutions borrow and lend money for a specified term at the interbank rates.

Japanese Candlestick
Trading with Japanese Candle Charts allow speculators to better comprehend market sentiment. Offering a greater depth of information than traditional bar charts – where the high and low are emphasized – candlesticks give emphasis to the relationship between close price and open price.

Leverage
Leverage is executing a transaction with a sum of money that is larger than the amount of collateral in the client’s account. This enables a larger return and increases the risk accordingly.

Liquidation
Liquidation is converting all assets to cash in order to pay off debtors.

Margin Call
A Margin Call is a request from a broker or dealer for an investor to give additional cash or other securities as collateral, or decrease his current exposure to bring the margin up to a necessary level.

Margins (Collateral)
Margin is the back-up that is given by clients to insure forward transactions and day trading transactions that are carried out on credit. Only if the client suffers a loss at the end of the transaction will the collateral, or part of the collateral, be used in order to cover said loss. This word is used interchangeably with the term “Collateral”.

Margin Trading
Trading with the use of leverage, enabling a client to make trades with the amounts exceeding his funds by many times.

Non-Farm Productivity and Unit Labor Costs – United States
Report on the efficiency of industrial workers. Measures the output produced for each hour of labor worked. Non-farm Productivity is considered the most accurate gauge of overall business health, given farming data’s small and volatile contribution to GDP.

Offer (Ask)
The Offer is the price, or rate, at which a willing seller is prepared to sell. This word is used interchangeably with the term “Ask”.

Open position
The result of the first part of a closed trade for purchase or sale of an instrument, which is not covered by an opposite operation of the same volume (respectively, sell or purchase). In the result of opening a position, Client has the liabilities to maintain margin level not below the value specified in the Regulations of Trading Operations.

Over The Counter (OTC)
Over the Counter is used to describe any transaction that is not conducted through an exchange; trading through a dealer network as opposed to in a centralized exchange.

Overnight Premium
Holding a position open after a specific hour, with the option to add a funding Premium or subtract it to/from your account. This will cover the benefit/cost of the associated funding.

Pips (Points)
The Pip is the last decimal place in a Forex quote. This word is used interchangeably with the term “Points”.

Position
A Position is a trade which an investor currently holds open, either in buying or selling.

Profit and Loss
The Profit and Loss is a calculation showing net financial change by the subtraction of costs and/or losses from earnings and/or revenues.

Rate
The Rate is the price of a base currency and secondary currency units.

Resistance
Resistance is a term used in technical analysis that specifies the price level a currency will not rise above for a long period of time.

Risk Management
Risk management is the analysis that is employed to analyse financial possibilities through different trading techniques. This helps determine the risk factor of a market purchase.

Selling Rate (Bid Rate)
The Selling Rate is the quantity of a secondary currency that a market-maker will be required to be pay for the sale of a unit of the base currency. This term is used interchangeably with the term “Bid Rate”.

Spot Price
The Spot Price is the market price at a particular moment in time. This is also called “the transaction date” or “the trading date”.

Spread
The Spread is the difference between the buying price of a currency (the ‘Ask’ price) and its selling price (the ‘Bid’ price).

Stop-Loss
A Stop Loss order allows traders to set an exit point for a losing trade when they define their risk and offset their trade accordingly.

Support Levels
Support is a term used in technical analysis that specifies the price level a currency does not fall below for a period of time.

Take Profit
A Take Profit is an order placed by the trader to ensure that the trade is automatically closed at a certain pre-defined profit level.

Technical Analysis
Technical Analysis is the process of collecting past data and graphing it to predict future behaviour of a currency. The information is portrayed in graphs and charts and in a clear pictorial format. The profit or loss will remain unrealized until the trader sells his/her shares.

Value Date
The Value Date is the future date that both parties of a transaction agree to exchange payments after a purchase has been made.

Volatility
Volatility is a statistical measure of a market or a security’s price movement over time. High volatility implies high risk.

Volume
The Volume is the number or value of securities traded over a specified period of time.

HELP ME CHOOSE A BROKER

Thank you for leaving your details.

A representative will contact you shortly to give you more information about a trusted broker to suit your needs.

Sorry something has gone wrong.

Your request could not be sent. Please try again later. 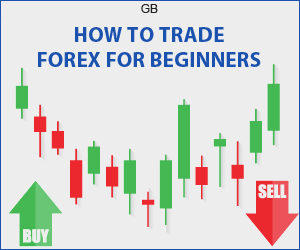